As I’ve been researching Bengali typeface design, I’ve been realizing that there’s a need for some standardized terminology or nomenclature for the elements of the Bengali script, both in Bengali and English. Since Fiona Ross’ The Printed Bengali Character is the seminal work in this field, I’ve used it as the basic standard. Chandra, Bokil and Kumar have attempted to clarify the nomenclature for Bengali type in a conference paper, but I don’t feel satisfied with it:

So I’ve spent some time researching terminology, browsing through The Printed Bengali Character by Ross, their study, Pal and Bandopadhyay’s terminology and colloquial terminology. Here’s what I would suggest as a work in progress: 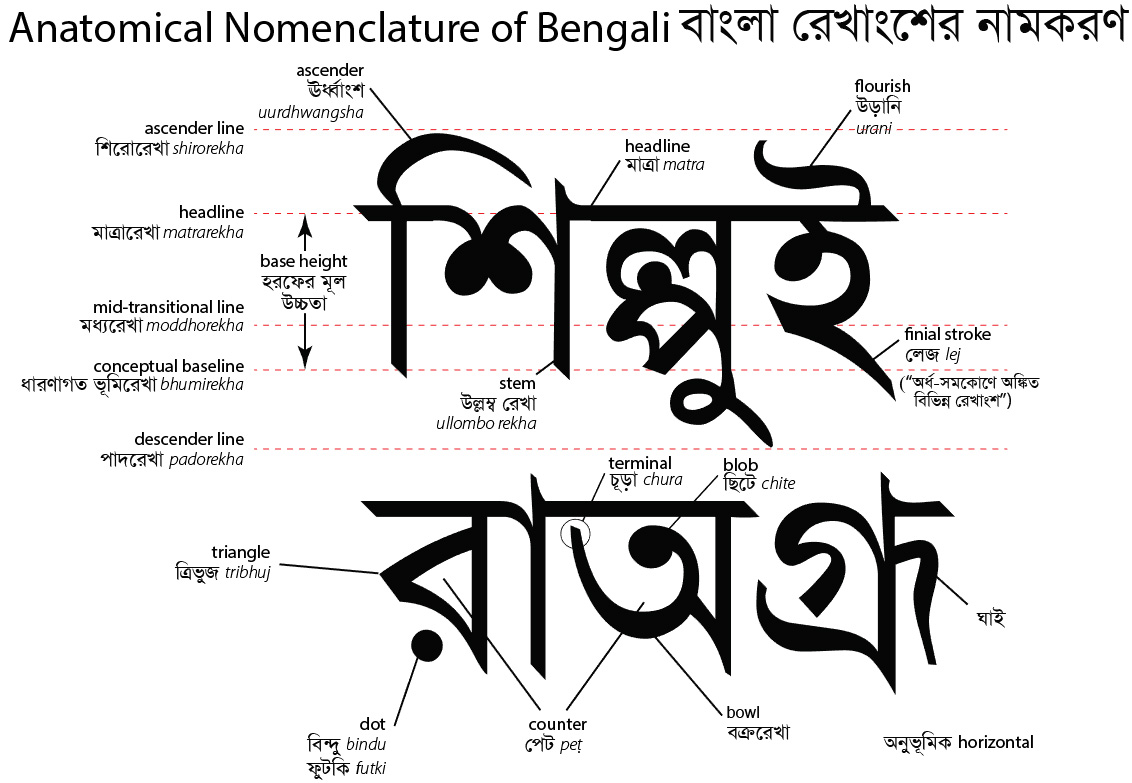